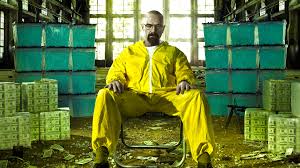 The first in a series of “Where Are They Now?” articles about Filmstock alumni.

If you told Lou Pimber back in 2009 that in two years’ time he would have toured a successful short film around the nation, written a pilot and appeared on national television, he might have raised a well-defined eyebrow in your direction. But that’s exactly what has happened with this Filmstock Film Festival alumn. We sat down with the March 2010 Filmstock Best of Fest winner to discuss his life, his career in film, and his relationship with the festival, and where he’s been since.

Lou’s career came out of an incident that was a blessing disguised as a burden. After a successful career in law enforcement, Lou had to retire early to injuries he suffered during an undercover operation, which initially shifted his gears and focus back towards his home & family. But it wasn’t long before he was approached to help out with a film project.  Someone he knew knew a filmmaker shooting a project for Cine Mexicano seeking a Spanish speaking law enforcement consultant who could instruct his Actors in Spanish. This opened Lou’s eyes to the world of filmmaking, and a new chapter of his life opened up.

“Whenever I have the opportunity to go into something, I immediately want to know how far I can take it,” said Lou in our interview with him, “I ended up meeting with an aspiring writer and a light bulb went off in my head. I started writing MY story… my life, my experience, and what lead me into law enforcement in the first place.”

But the high prices of shooting a well-produced feature quickly gave Lou the idea of telling a key part of his story through a short film – what is now known as the terrific short, Duress (facebook.com/duressthemovie).  “I wrote Duress because I really wanted to showcase the bravery and the talent that it takes to work as an undercover,” Lou explained, “As a real undercover. A lot of people claim they worked undercover, but [most of] those are just cops who dressed in civilian clothing running surveillance, but real undercovers… those are real people who had up close and personal contact with real bad guys.”

People who have seen Duress know of its unconventional ending. This creative decision caused many moments of pause for Lou. Premiering Duress at Filmstock, Lou comments that “I remember being so nervous when the film was going to end, because the ending was so different. Someone warned me that festival films don’t end that way… I remember knowing [that] when you get to that moment it’s an ‘Oh Damn’ moment… I remember hearing [an audience member] go ‘what??? What happened???’ I thought ‘oh no! They hated it!’ Then everyone clapped- everyone liked it! That audience member didn’t realize what she did for me— took me over the edge for a second and then brought me back in!”

The Filmstock premiere of his film made an impact on Lou. “Filmstock [and its surrounding community] was the doorway for me to get to know the Phoenix and Tucson filmmaking community… I was approached by a few different people to help direct their projects, and was extremely honored and taken aback by their requests… I didn’t feel qualified to do this!”

Lou’s intention of Duress was to have a sample piece for a TV pilot or a feature. However, because of the exposure and attention his film garnered him, Lou has been able to work on a number of movies & projects in the Southwest, including The King’s Men, Micah, and the AMC television drama, Breaking Bad. “I always play the bad guy,” Lou stated with what sounded over the phone like a smile, “and to be honest with you, I kind of prefer it.”

Lou continues to act in local and other Southwest productions. When asked about the future of his projects, Lou told us it was continuing to pitch bigger and better projects- one in particular, the inspiration for the short, Duress. Lou told us that “we create our own luck through preparation and timing.” We wish Lou the best of luck as he continues to pursue his career, and we are happy to have been a part of it.